(Versione in inglese per contratti internazionali)

Clause 11. Breach and resolution of disputes

Upon signing this Agreement, neither Party shall quit the JV without the other Party’s consent.

Both Parties shall strictly perform this Agreement and in case of either Party’s breach of this Agreement, the observant Party shall be compensated.

This Agreement is governed by and shall be interpreted in accordance with Unidroit Principles of International Commercial Contracts.

To that end the parties, declare to know the effects of this clause and, since now by mutual agreement, designate the body appointed to carry out the mediation and / or arbitration procedure “Primavera Forense”, body registered as No. 322 of the Register held by the Ministry of Justice of Italy, electing domicile for the receipt of customary summons at the addresses indicated in the epigraph of this contract.

This website uses cookies to improve your experience while you navigate through the website. Out of these cookies, the cookies that are categorized as necessary are stored on your browser as they are essential for the working of basic functionalities of the website. We also use third-party cookies that help us analyze and understand how you use this website. These cookies will be stored in your browser only with your consent. You also have the option to opt-out of these cookies. But opting out of some of these cookies may have an effect on your browsing experience.
Necessary Sempre abilitato
Necessary cookies are absolutely essential for the website to function properly. This category only includes cookies that ensures basic functionalities and security features of the website. These cookies do not store any personal information.
Non-necessary
Any cookies that may not be particularly necessary for the website to function and is used specifically to collect user personal data via analytics, ads, other embedded contents are termed as non-necessary cookies. It is mandatory to procure user consent prior to running these cookies on your website.
ACCETTA E SALVA
× 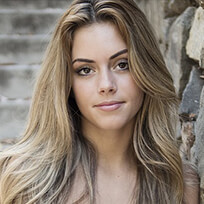 Segretaria Laura Available from 10:00 to 19:30 Available on SundayMondayTuesdayWednesdayThursdayFridaySaturday

× Come ti posso aiutare? Available from 10:00 to 19:30 Available on SundayMondayTuesdayWednesdayThursdayFridaySaturday